‹ Back to Our Work

The observation deck in the former John Hancock Building had new owners –M56 Group, and a new identity – 360 Chicago. Though they offered the city's most breathtaking views, their overall awareness compared to other competing destinations such as Willis Tower's SkyDeck was less spectacular. They asked Point B to create a brand campaign that would rise to the challenge by increasing overall awareness and boosting ticket sales.

By combing through visitor reviews on TripAdvisor and Google and interviewing first-time visitors to understand their initial raw reactions, the Point B team realized the best way to appreciate the 360 Chicago experience was to experience it for yourself. So, we created a campaign that allowed people to do just that, utilizing the property's spectacular visuals and quotes from visitors' actual TripAdvisor reviews.

Attraction attendance has improved 25% since Point B was appointed Agency of Record even though a building name change has affected recognition. 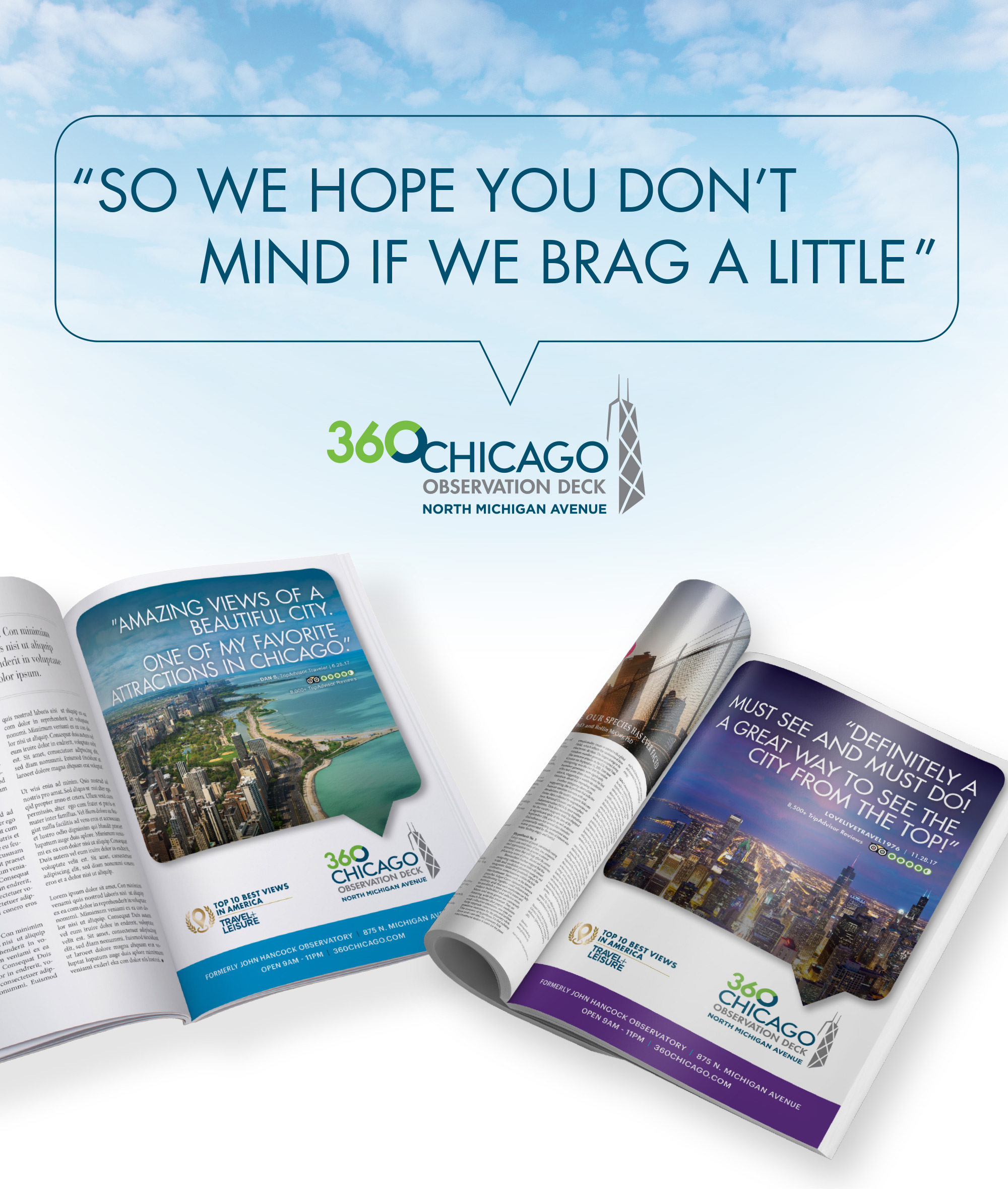 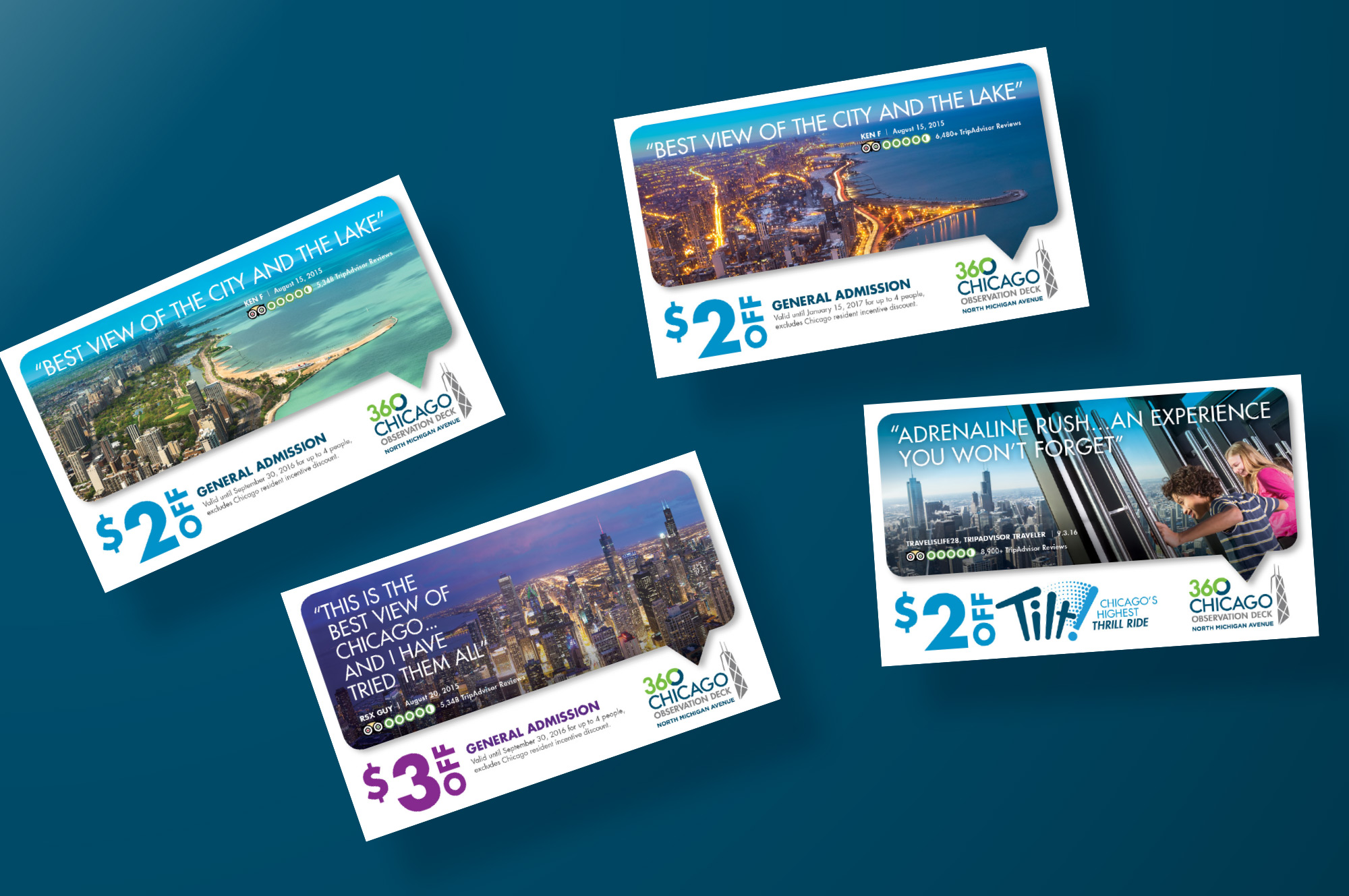 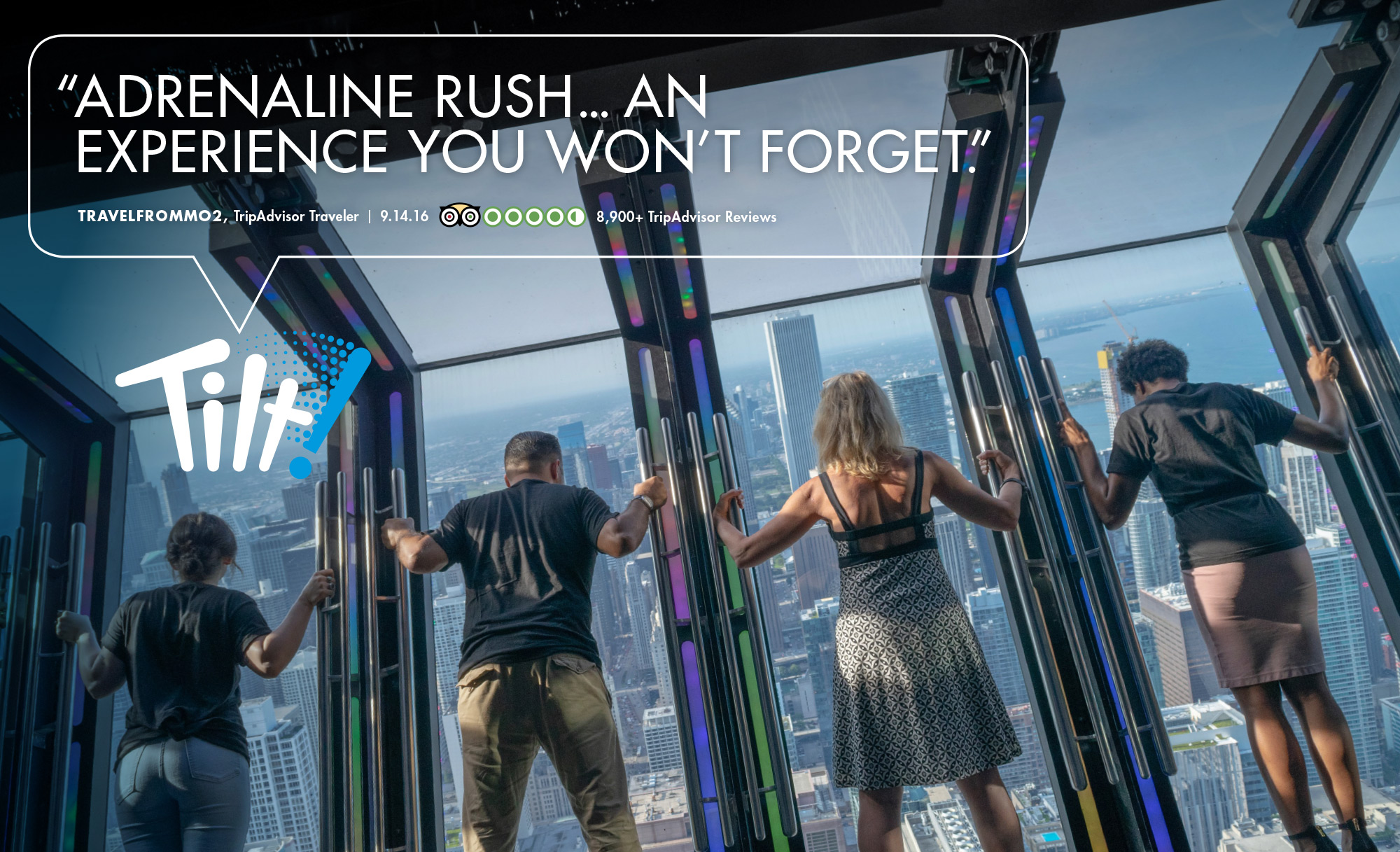